When we visited Te Puia, we had a chance to visit the schools of Carving and Weaving. As the Māori did not have a written language until the 19th century, carvings were used to record and preserve the history and culture of their people. Ornate Māori carvings can be found on meeting houses, canoes, weapons and jewelry, with superior carvings seen as a sign of prestige. Māori carvings are a record of tribal affairs and pay deep respect to ancestors, history and the people for whom they are prepared – although they cannot be read or interpreted in a Western sense. The isolation from the rest of Polynesia means Māori wood carving differs significantly from other Pacific styles, although the basic patterns are believed to originate from their ancestral homeland of Hawaiki (Hawaii). The name ‘Te Rito’ is based on the baby shoot at the heart of the flax. Students are taught never to disturb the inner shoots when cutting flax as the baby along with its mother and father on each side is a family unit that should not be broken. Like the Carving School, Te Rito has been involved in a range of projects to develop cultural heritage assets for Māori.

When the ancestors of the Māori first arrived in New Zealand from East Polynesia, around 1250 to 1300 AD, they found a wide variety of rock types suitable for making tools, ornaments and other items. They were familiar with some materials like basalt and chert (or flint) but not with others, such as pounamu (New Zealand jade, greenstone – nephrite or bowenite). The most important tools were adzes (toki) and chisels (whao). Stone adze heads were lashed to a wooden handle and used in working wood, including canoe building. Chisels were primarily used for finer carving. Making a stone adze was a skilled job. Boulders or blocks were broken up using other boulders. Selected pieces were then worked into the desired shape (termed a roughout) by striking flakes off the edges with hammer stones, which were also used to smooth rough surfaces by ‘pecking’ or ‘bruising’. The final step was to polish the adze and sharpen the cutting edge by rubbing it back and forth on a wet grinding stone (hōanga) – a time-consuming task. Rocks with a pointed tip were used as drills (tūwiri). Tūwiri (drills) had two cords. The tip was a hard, sharp stone. Sand and water were used as an abrasive during drilling.

This set of tools must have been made for a prestigious woodworker, made from New Zealand jade. These tools are reminiscent of the tools in Māori mythology concerning the construction of the Arawa. Arawa was one of the great ocean-going, voyaging canoes that was used in the migrations that settled Aotearoa (New Zealand). The men who turned this log into a beautifully decorated canoe were Rata, Wahieroa, Ngaahue and Parata. “Hauhau-te-rangi” and “Tuutauru” (made from New Zealand greenstone brought back by Ngaahue) were the adzes they used for this time-consuming and intensive work. Upon completion, the waka was given the name Ngaa raakau kotahi puu a Atua Matua (also known as Ngaa raakau maatahi puu a Atua Matua).

The Flip-Top Head of the Kererū Enables it to Swallow Quite a Mouthful! Of Miro Berry (Photo: K Raw)

Waka kererū (pigeon trough) were filled with water and set out to catch kererū when the miro berries were in season. The berries made the birds very thirsty and they were attracted to the troughs of water. If they put their head through a noose, it tightened when the bird attempted to fly away.

Today Māori craftsmen and students use steel tools and are renowned for the quality of their creations. As this is a national school, students are carefully selected so that different iwi (tribes) throughout the country are represented. After working towards a three year diploma, students can take an optional fourth year to complete further honors. The pātaka seen above was being created as a commission for the United Nations.

The tekoteko is a stylized representation of the main progenitor of a tribe, and is the most focal point of the whare whakairo (carved tribal meeting house). They can be found – on traditional meeting houses – either at the highest point at the front apex of the roof or at the front central post. They can also be found at the base of the poutokomanawa (the main central ridge support post) of the house. 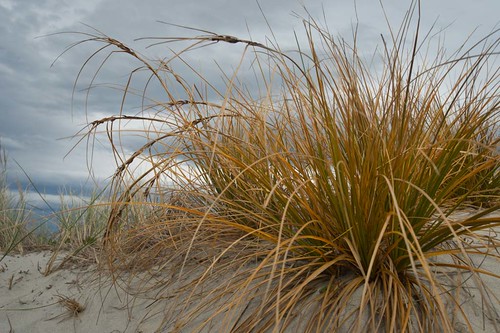 When the ancestors of Māori arrived in New Zealand, they found that aute – the plant used to make cloth on Pacific islands – did not thrive in the cooler climate. They used harakeke (New Zealand flax) as the main substitute. Leaves were cut carefully to preserve the centre shoot, and were stripped to extract muka (fibre). This was washed and beaten with a stone pounder, then hand-rolled into thread. Threads were dyed yellow, red-brown or black using tree bark or mud. Other plants such as pīngao, kiekie and kākaho (toetoe stems) were also used for weaving. As Captain Cook wrote: “Of the leaves of these plants, with very little preparation, they (the Māori) make all their common apparel; and of these they make also their strings, lines and cordage …”. They also made baskets, mats, and fishing nets from the undressed flax. Cook found the clothing fibers so soft he called it flax even though it is biologically unrelated to flax. Māori recognize nearly 60 varieties of flax, and carefully propagate their own flax nurseries and plantations. Leaves were cut near the base of the plant using a sharp mussel shell or specially shaped rocks, more often than not greenstone (jade, or pounamu). The green fleshy substance of the leaf was stripped off, again using a mussel shell, right through to the fiber which went through several processes of washing, bleaching, fixing, softening, dyeing and drying. The flax fiber, called muka, is laboriously washed, pounded and hand wrung to make it soft for the skin.

Weaving encompasses a number of specialist techniques passed down through generations. Within weaving there are disciplines such as Whatu Kākahu (cloak weaving), Raranga (basketry and mat weaving), tāniko and others. The Polynesian settlers who arrived in Aotearoa/NewZealand adapted their weaving techniques to suit their new conditions. It was colder here so they created warmer garments and as harakeke (NZ flax) and other resources were especially plentiful in this new land, they found many ingenious ways to use it. Today the weavers at Te Puia use a variety of natural materials and draw from a huge repertoire of customary techniques and craft high quality items of traditional and contemporary design.