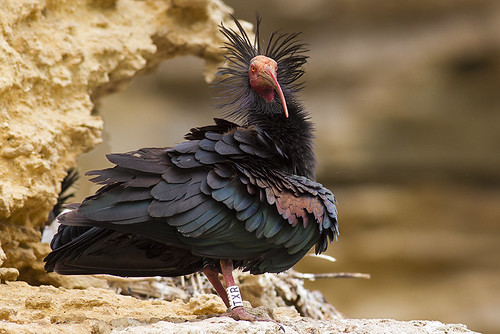 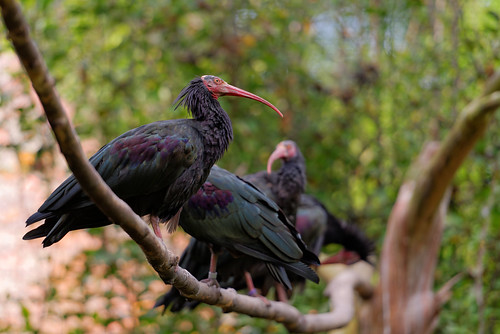 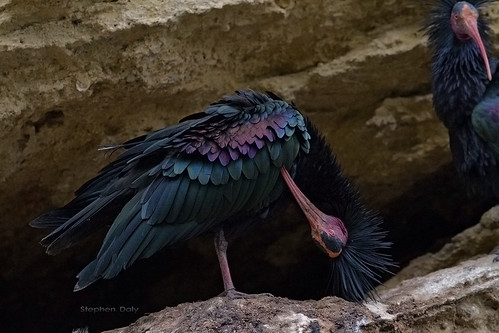 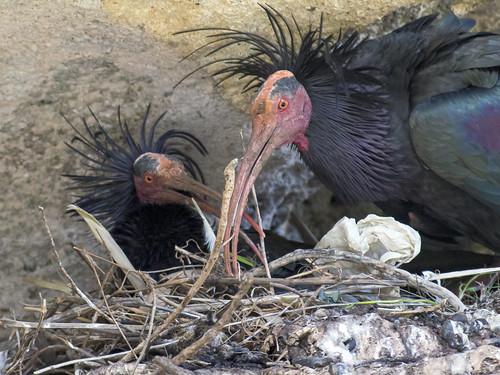 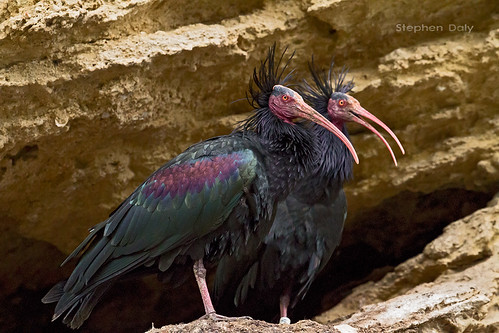 Unfortunately, the day we visited, the endangered bird reserve was closed as they were trying to wrangle the birds back into their protective enclosure. I did manage to get some photos of the birds flying overhead and the environs of Birecik. The object of so much concern and attention is a remarkably ugly bird with a proud past. Goose-sized, the bald ibis is shiny black, with a barely visible rusty patch on. the wings. It has a long, red, down-curved bill, gawky legs and an embarrassing pink and gray bald head. On the back of the head and hanging down the neck is the crest of long narrow black feathers that earns the bird its alternative name of crested ibis. Unlike other ibises, which nest in trees and feed in wetlands, the northern bald ibis breeds on undisturbed cliff ledges, and forages for food in irregularly cultivated, grazed dry areas such as semi-arid steppes, and fallow fields. 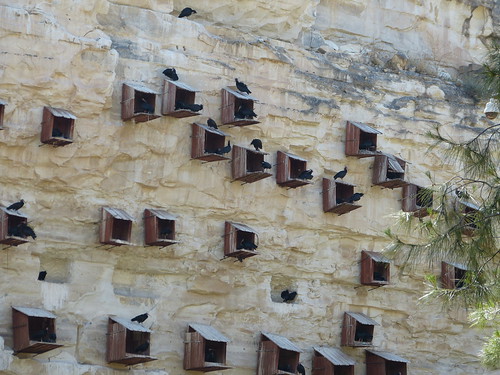 In 1972, there were only 26 breeding pairs, and the total population of the colony had declined to some 60 birds. It was at this point that Turkey’s well-known bird painter Salih Acar, his conservationist wife Belkis, and Udo Hirsch, a young German ethnologist and wildlife photographer, learned how close these rare birds were to extinction, and moved to protect them. “Generations ago,” Udo pointed out, “the bald ibis built good deep nests—we know that because its eggs are very round, not oval, and roll easily. Today, the ibis nests in Birecik are nests only by courtesy—they’re flat bunches of twigs, plastic-bag scraps and grass, and one good kick by a startled adult bird can easily throw an egg out of the nest and right off the ledge. The same is true of nestlings: as they squabble for food the smallest are often bullied out of the nest and fall 40 feet. In the 1980s, the Turkish National Park Service decided to stop the decline of the Ibis by taking all surviving birds into semi-captivity. Two large aviaries were built to house these birds in winter. Each year, they are caught in July/August and kept in this center until March, when they are released to breed in the natural habitat that surrounds them. In the new habitat, they have built nesting sites on the wall, tipped inward to prevent egg and chick loss. At present they have well over 100 breeding pairs. 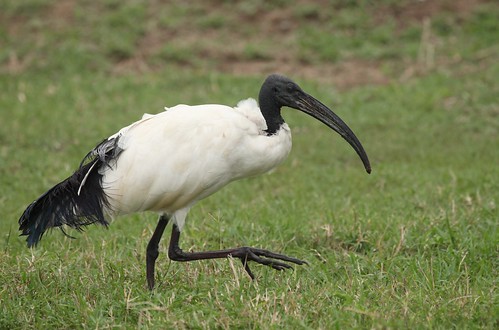